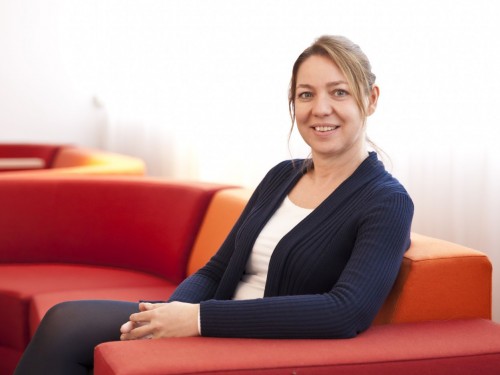 ‘I’m emigrating to Brazil for my job and want to be able to speak with local clients. That’s why I’d like to brush up on my Portuguese.’

‘A few years ago, I took a three-day Portuguese course at Regina Coeli because I was going to work in Mozambique. After I returned, I took another week, and now again another week.

I have a very good basic level of Portuguese. For me, the focus is on being able to speak, so that’s what we practice most in the private lessons. There’s a lot of variety in the programme because of the way it’s built up, not only with my Brazilian trainers, but also in the independent study hours. Sometimes I’ll read something, other times I’ll listen to something or record myself and then listen back to it.’

‘I had to get back into a rhythm because I hadn’t spoken Portuguese for so long. But that happened really quickly. What I especially like is all the tips I’ve been getting about living in Sao Paulo. That’s the huge advantage of having lessons with people who actually grew up there. We’ve been spending time talking about the country and the economy, which helps me feel well-prepared for my work in Brazil.

In addition, all the students here get on so well. You meet so many different kinds of people while you’re on a course here. Everyone is in the same boat and that makes it so easy to talk to one another.’

‘The first three-day course was a flying start. I got a lot out of it when I was in Mozambique. I was able to read proposals in Portuguese! In the second week, I made tonnes of progress, but because I didn’t speak Portuguese for a year afterwards, I lost it a bit. But this time, no way!’

Would you like to learn to speak Portuguese, like Martine did? Then take a look at the information about the Portuguese course or contact us directly.