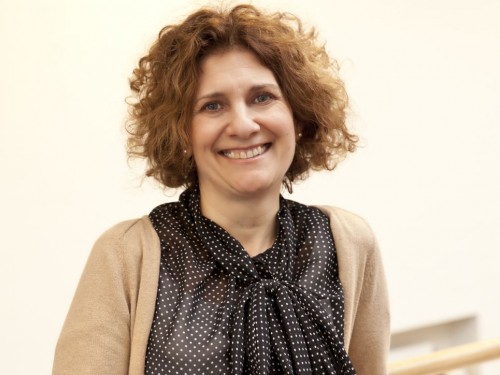 Silvana comes from Bronte, a small city at the foot of Mt. Etna in Sicily, Italy. She studied modern languages and literature at the University of Catania and, among other things, taught English at a private school in Italy. Worked in various positions in the Netherlands before coming to teach Italian at Regina Coeli.

‘Every region in Italy has its own characteristics and qualities. Due to historical events and its location, Sicily has been settled by many peoples. That’s why Sicily has such a rich variety of cultures. Hospitality is a very important aspect of Sicilian life. There’s a strong focus on family everywhere in Italy, and even a bit more in the south.

Students don’t only come to Regina Coeli to learn a language. To be able to communicate with the inhabitants of a country, it’s not enough to only know the theory. Communication is all-encompassing: you need to know how to communicate both verbally and non-verbally in different situations and contexts. Developing good communication skills in Italian requires a lot of personal attention. We are able to give you that, and we do it with loads of enthusiasm and passion.’

Would you like to be the first to know about developments at Regina Coeli or in a specific language?
Just leave your email address with us and we will be happy to keep you informed.