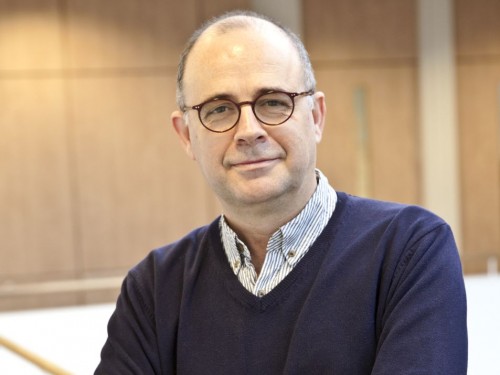 Jesús comes from Barcelona in Spain. After a year of studying law in Bilbao, he studied English philosophy at the University of Barcelona. Then worked as an English teacher for seven years at various secondary schools and on an experimental project for a new education programme in Spain for two years. After three years as a full-time interpreter and translator of English, Catalan and Spanish, he started a job as an in-company language coach (English, Spanish) at a number of companies and governmental organisations and as a coordinator at a specialised training company.

‘We work towards getting the student to a place where he can function independently in the language. That means that we place a strong emphasis on understanding the logic of the language. At the same time, we teach them to use it strategically. In Spanish, we aren’t so direct and don’t say ‘no’ very quickly. 'A ‘no’ in Spain really means no—then there’s nothing left to say or talk about. So make sure you always leave a door open. Spaniards can, by the way, be very clear, but on the inside we’re generally very calm.’