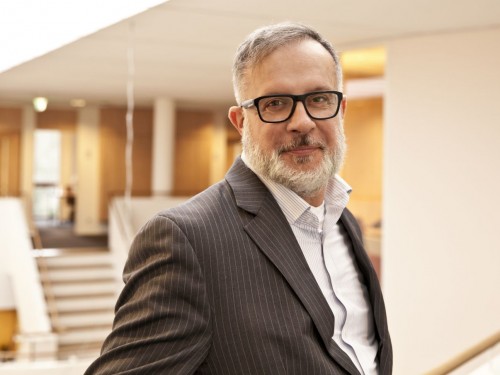 Mauritius studied law at the University of Leiden, specialising in international public law and human rights. Both prior to and following his education, he lived abroad for various periods of time in places such as Egypt, Kuwait, Brazil, Suriname, the Dutch Antilles, Dubai, Poland, France and England, and worked for various law firms and international banks. He currently runs his own practice in Amsterdam, where he advises clients who do business in the Middle East and North Africa. This he does alongside giving Dutch training at Regina Coeli.

‘The students I give lessons to at Regina Coeli are in the same position I’ve found myself in countless times—they’ve come to live in a country where they don’t speak the local language. I want them to feel welcome in the Netherlands and to know that I realise it’s a big step to learn Dutch.

Because I’ve spent years in other countries, I’m fairly good at pointing out what’s different about the Netherlands. One great example is Dutch meetings. Meetings are completely different here because we think everyone has the right to speak up and make a contribution. We talk about those kinds of things in the lessons while we practise using Dutch, of course.

My secondary school was Maurick College in Vught, which is right next to the language institute. There, I was taught by priests and nuns who were extremely good teachers and nurtured my love of languages. In fact, I had French lessons from sister Annette, who was closely involved in the institute. It’s truly special to be back in Vught, getting to teach others a language. It feels like the circle is now complete.’