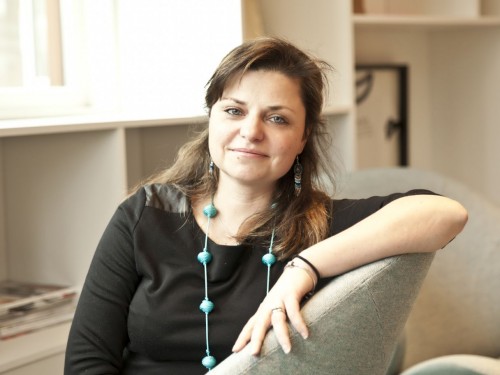 Maud originally comes from Paris. She went to hotel school and then spent time working in hotels in England and Belgium. After returning to France, she obtained her master’s degree in event management. In this capacity, she organised events for the French government, companies such as Renault and also French companies once she had moved to the Netherlands.

Her fascination with language started when she was taking her Dutch integration course. She was surprised that language could give so much insight into culture.

‘The most significant obstacle to speaking a language is usually you yourself. So many people are afraid of making mistakes, but they shouldn’t be. In France, it’s better to be able to speak French with mistakes than not speak it at all. We French people are very proud of our language and really appreciate it if someone goes to the trouble of speaking it.

I think it’s important to build students’ confidence and show them that they don’t need to fear speaking French. The best way to do that is to speak simply, using short sentences instead of all kinds of complicated sentence structures. What matters most is that people can understand you. From there, you can slowly but surely grow in the language.’

Would you like to be the first to know about developments at Regina Coeli or in a specific language?
Just leave your email address with us and we will be happy to keep you informed.