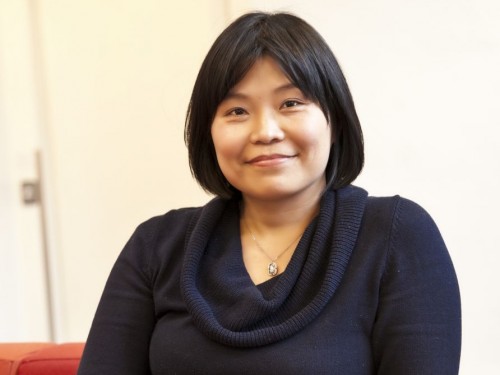 Camay comes from Kaohsiung in Taiwan. She studied to be a primary school teacher in Taiwan. Worked as a teacher there for six years before moving to the Netherlands. Once here, she specialised in teaching Chinese to adults.

‘The basic structure of Chinese is logical. That’s why, except for needing to master the tones and sounds, Chinese isn’t really that difficult to learn. We explain the grammar by giving lots of examples. That way, students can start using the language easily and quickly.

Naturally, we also pay a lot of attention to culture in the lessons. The culture of Taiwan is more traditionally Chinese than in China itself because Taiwan has never known communism. Taoism and Buddhism still have a big influence on the country. We have a team of trainers from both Taiwan and China at Regina Coeli, so students get the chance to learn about both cultures.’